PR: Look At The Size of That Thing! by Evenson/Smith?

PR: Look At The Size of That Thing! by Evenson/Smith?

LOOK AT THE SIZE OF THAT THING!
Bill Evenson & Stacey Smith? 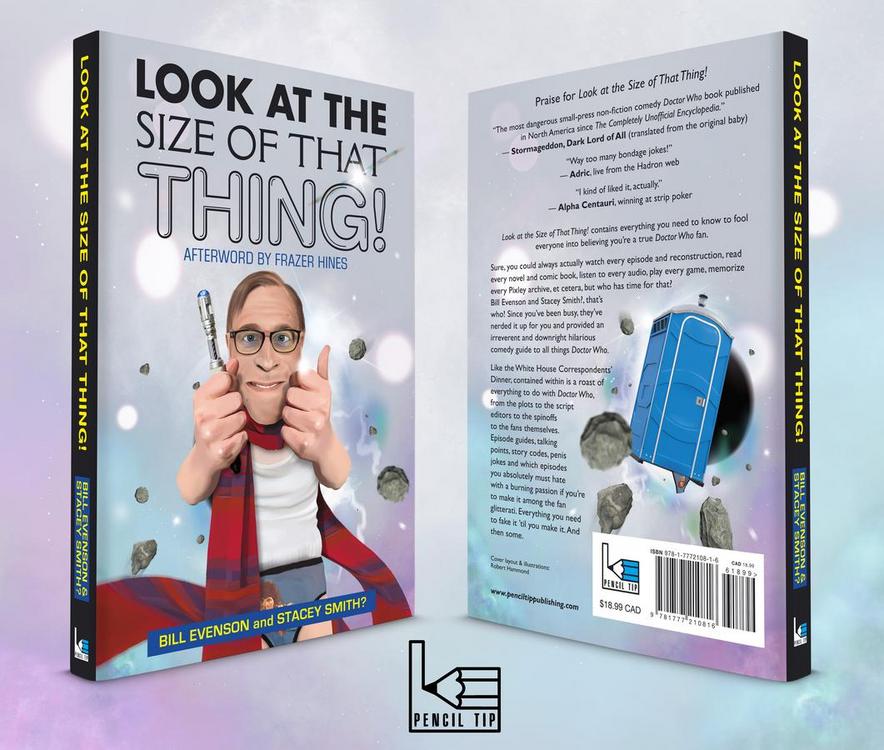 Look at the Size of That Thing! contains everything you need to know to fool everyone into believing you’re a true Doctor Who fan.

Sure, you could always actually watch every episode and reconstruction, read every novel and comic book, listen to every audio, play every game, memorize every Pixley archive, et cetera, but who has time for that? Bill Evenson and Stacey Smith?, that’s who! Since you’ve been busy, they’ve nerded it up for you and provided an irreverent and downright hilarious comedy guide to all things Doctor Who.

Like the White House Correspondents’ Dinner, contained within is a roast of everything to do with Doctor Who, from the plots to the script editors to the spinoffs to the fans themselves. Episode guides, talking points, story codes, penis jokes and which episodes you absolutely must hate with a burning passion if you’re to make it among the fan glitterati. Everything you need to fake it ’til you make it. And then some.