PR: WHAT THE FANS THINK: Blake's 7

PR: WHAT THE FANS THINK: Blake's 7 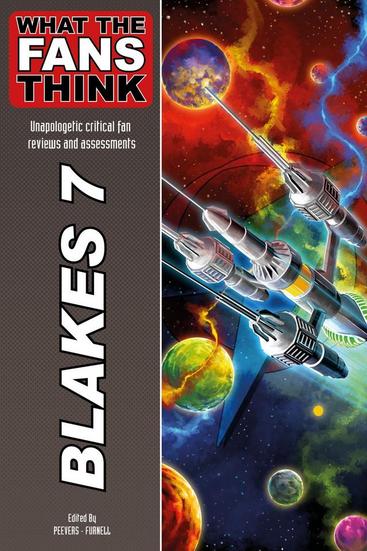 Pencil Tip Publishing is pleased to announce, What The Fans Think: Blake’s 7, the first in our on-going series of fan reviews and assessments.

This volume of What the Fans Think concentrates on all 52 original Blake’s 7 episodes through original reviews, analysis, personal opinion and essays. The fans will have their say on what they think are the best, worst, and merely average, episodes of the series. You just might be surprised by what they have to say.

Blakes 7 is a British science fiction television created by Terry Nation and produced by the BBC between 1978 and 1981. With a popularity sustained throughout its original broadcast run, the show has been applauded by fans and critics alike for its dark tone, moral ambiguity, and strong characterization.

WHAT THE FANS THINK is Pencil Tip’s series of books where the fans review and assess their favourite television series. Fan opinion can be extremely critical, often harsher than that of the meanest television critic. But when the fans love something, you know it. Praises are heaped in droves.

Each volume will concentrate on a specific series and will feature original reviews, essays and analysis of every episode of that particular series. The fans will have their say on what they think are the best, worst and merely average, episodes of a series. You just might be surprised by what they have to say.

A portion of the proceeds from the sale of each book will be donated to the Vancouver branch of the BCSPCA (British Columbia Society for the Prevention of Cruelty to Animals).